One Nation After Trump: A Guide for the Perplexed, the Disillusioned, the Desperate, and the Not-Yet Deported: THE INSTANT NEW YORK TIMES AND WASHINGTON POST BESTSELLER A call to action from three of Washington’s premier political scholar-journalists, One Nation After Trump offers the definitive work on the threat posed by the Trump presidency and how to coun… 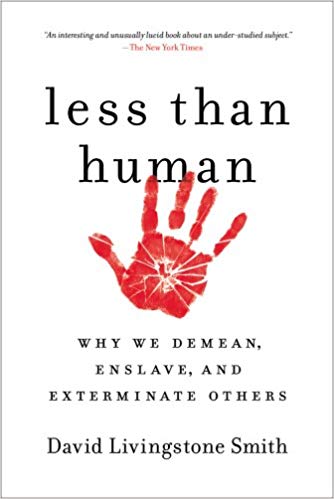 “Brute.” “Cockroach.” “Lice.” “Vermin.” “Dog.” “Beast.” These and other monikers are constantly in use to refer to other humans—for political, religious, ethnic, or sexist reasons. Human beings have a tendency to regard members of their own kind as less than human. This tendency has made atrocities like the Holocaust, the genocide in Rwanda, and the slave trade possible, and yet we still find it in phenomena such as xenophobia, homophobia, military propaganda, and racism. Less Than Human draws on a rich mix of history, psychology, biology, anthropology, and philosophy to document the pervasiveness of dehumanization, describe its forms, and explain why we so often resort to it.